A limited series of four sherry finished single malt whiskies has been designed by Craig Mackinlay of Breeze Creative: Fino, Manzanilla, Oloroso and Pedro Ximenez. The spirit for each was distilled on the same day, matured using traditional American Oak casks then transferred to the four different sherry butts for over 3 years. The CuatroSeries, as it is known, takes its name from the Spanish word for four and was launched on 3 September by Graham Eunson, Distillery Manager.

He commented “We are constantly striving to innovate and push boundaries and I believe Cuatro is a great example of something yet again different from Tomatin Distillery”.

Working with the bespoke Tomatin bottle and carton template designed by Craig Mackinlay when he rebranded the Tomatin range, he selected a deep deboss wood grain effect for the packaging with a fluted foil and subtle varnishes.

Jennifer Masson, Tomatin Marketing Manager, said: “The Cuatro Series is a unique release from Tomatin and as such we wanted the packaging to reflect that. Our brief was to create a premium design for the range that, while maintaining key elements from the standard Tomatin pack, clearly showcased the strong sherry influence. I believe Craig from Breeze Creative has delivered on this with a classy, elegant design.” 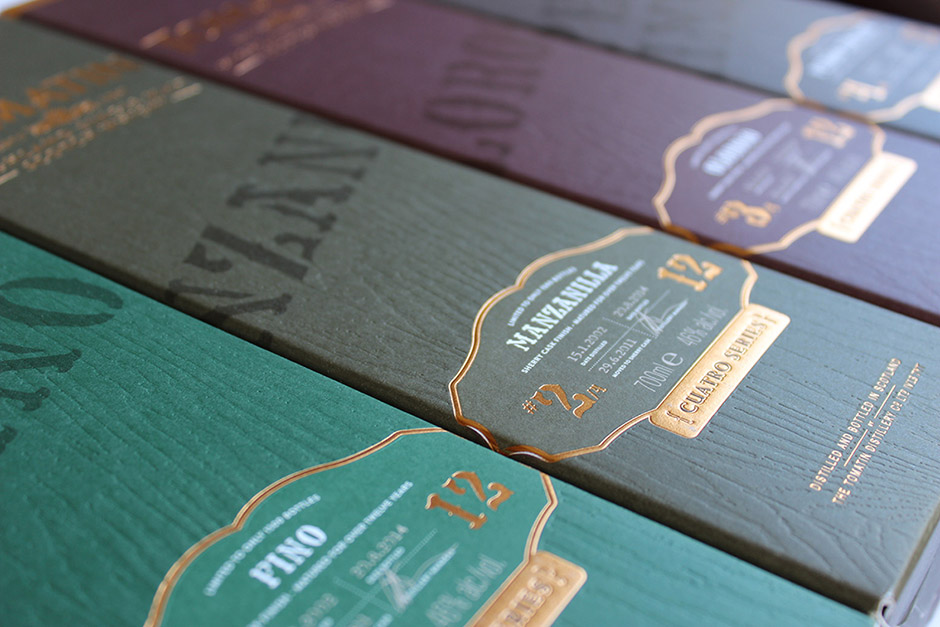 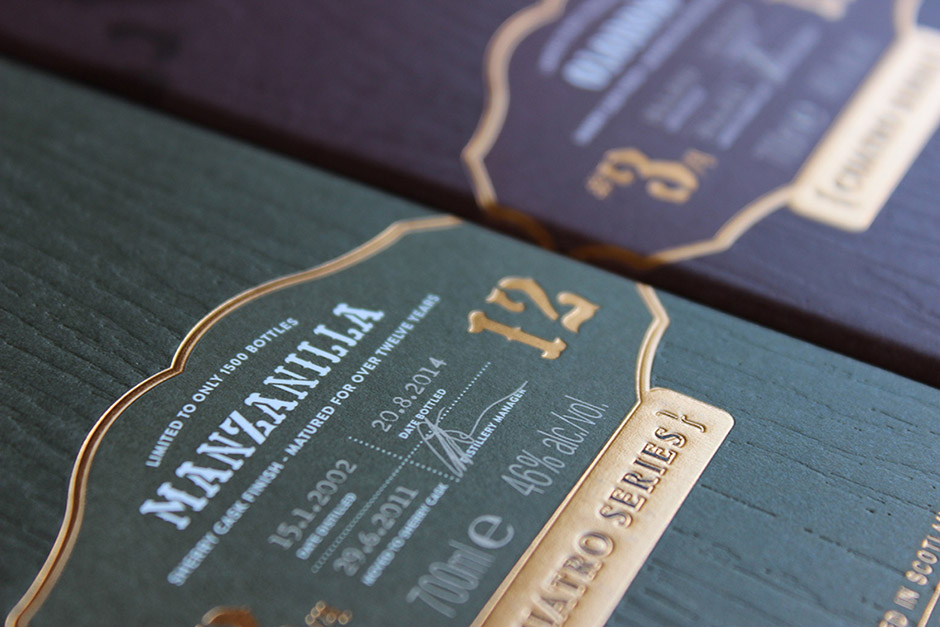 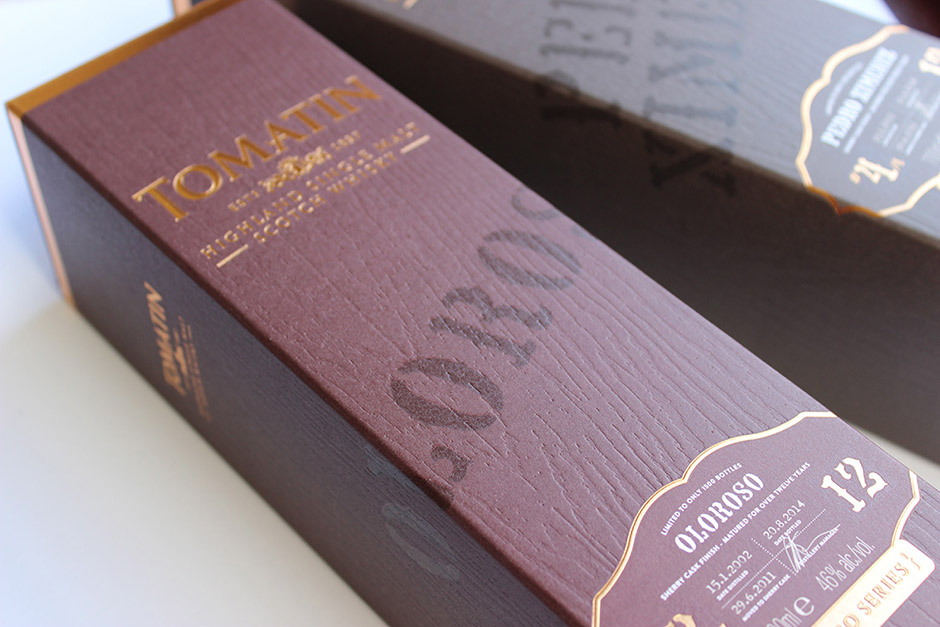 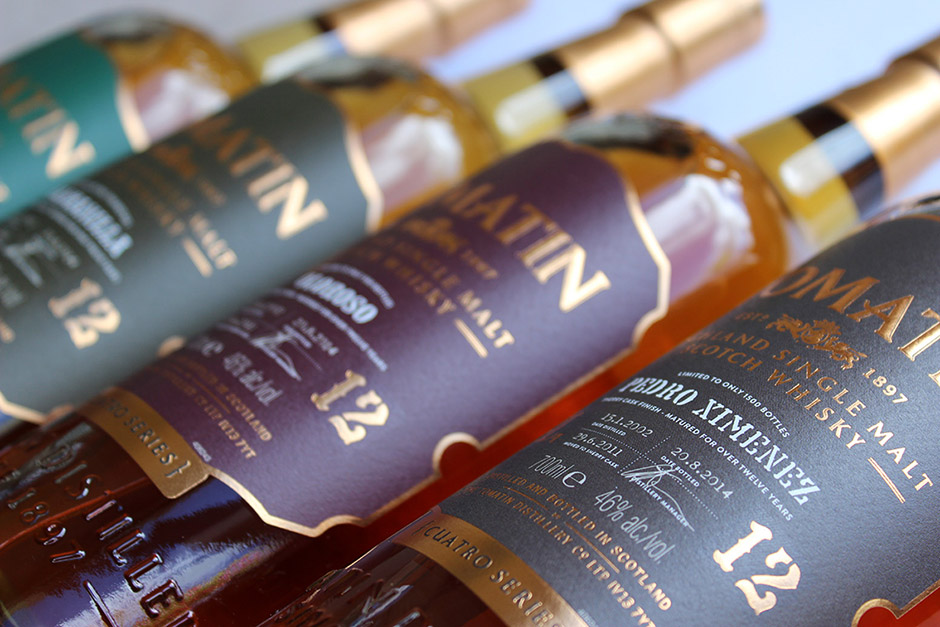 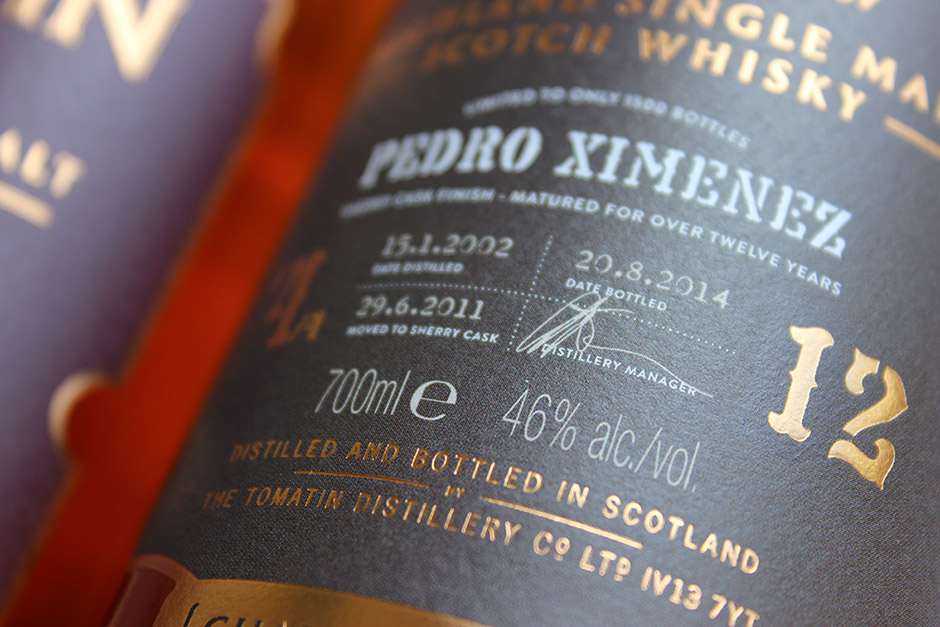 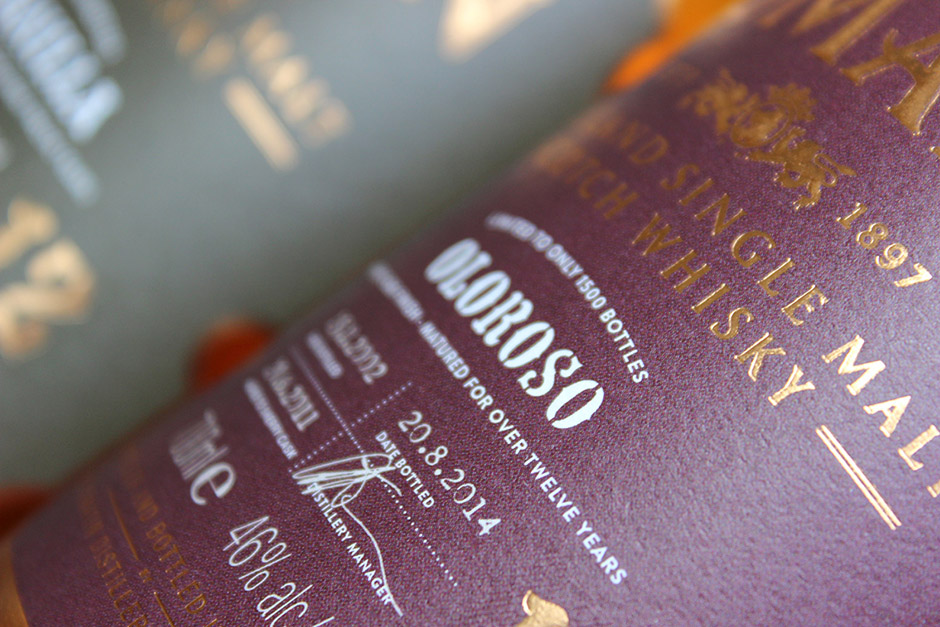 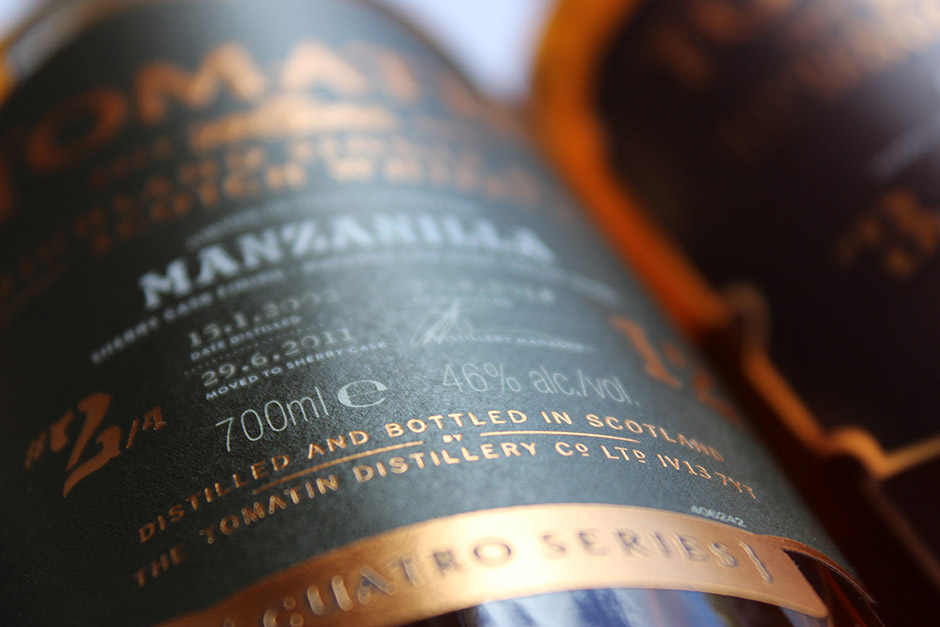